In June 2018 a high-end hotel in  London suffered a fire. Envista was appointed to assist with the mechanical and electrical engineering as well as to assess the quantum and cost of damage to a luxury hotel with 10 floors including 178 high-end rooms, apartments and two penthouses. Our involvement was multidisciplinary including a quantity surveyor and mechanical & electrical engineers. We were tasked with developing a damage assessment (water and soot) of all floors, including the mechanical and electrical plant situated on the roof. The mechanical plant serviced the luxury hotel rooms as well as all the way down to restaurants, bars and offices situated on the ground and basement levels.

When the fire struck, a contractor was onsite working on hotel upgrades. The main contractor was nearing completion of a cost-plus contract, however, as there were no as well as program implications, and ultimately, the high business interruption costs due to the luxury hotel rates.

The contractor on-site was upgrading the hotel under a cost-plus contract (an expended plus agreed management mark-up percentage). Envista used its vast experience to check, query, and/or confirm the reasonableness of the quotations for the reinstatement. The high preliminary/ management staff costs due to expatriate (ex-pat) employment (a French company) and high-end bespoke fittings and furnishings such as staircases, chandeliers, light fittings, and furniture each needed to be assessed in terms of lead in times, replacing like for like, expediting costs, uneconomic working conditions, inflationary impact and betterment.

Due to the inner-city London limits and the site and boundary restrictions, this was a large factor in increasing the costs of the claim. Access to the rooftop plant that serviced the basement and ground floor restaurants had to be accessed via a crane that was positioned in the hotel gardens. The hotel gardens had to be configured to be used as the site storage and welfare for the contractors as well as entry points to deliver materials, plant and labour to the damaged areas. The gardens were reinstated following the construction and reinstatement works. 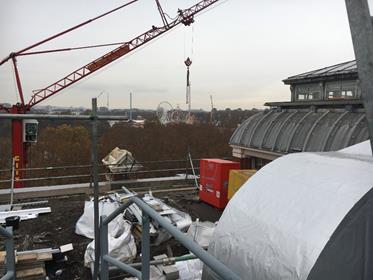 Rooftop including crane and neighbouring park 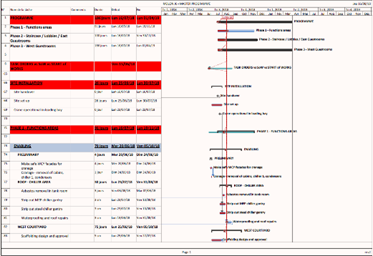 The Royal Parks and neighbourly restrictions, as well as working time restrictions were also encountered, which increased costs. All costs and quotations had to be individually addressed to consider the program, betterment and the original scope of works. Architects, engineers and fire safety consultants collaborated on the loss. The hotel used this opportunity to submit a planning application for the internal courtyards green wall. Envista assisted in the calculation for the betterment element of this item.

All restaurants on the basement floor had separate lease agreements and each had its own insurance carrier and/or policy. All followed this same process and had to be separated from the contractors’ work being carried out. In particular, the general labour and management time had to be pro-rata across the different insurance policies. A lack of a clearly defined scope of works for the initial programmed works and the incomplete works had to be determined. Additionally, any elements that still had defects (snags) remaining from the current contract all had to be factored in and calculated. 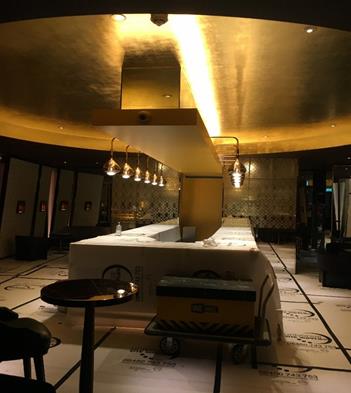 High-end bespoke ceilings, floors and lighting for Restaurants and Bars

4. Speed of Construction and Program Reviews

During the reinstatement works, various issues developed that needed to be assessed.

As well as assisting with the quantum and costing, a big driver of this loss was the business interruption claim. Interrogating the program was a key aspect of the loss as the hotel rooms rental costs were very high. 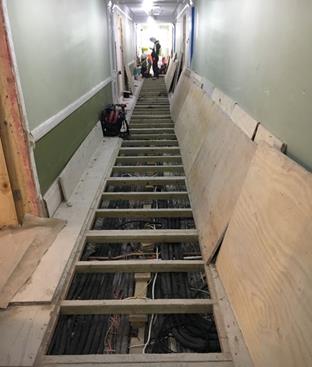 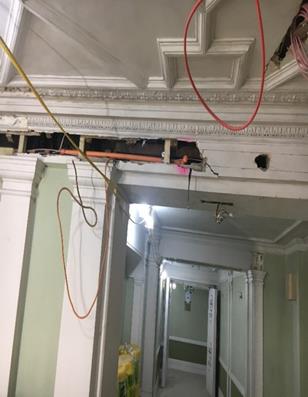 Due to the age of the building and the hotels’ health and safety protocols, a significant element of the claim was to determine the upgrades to lighting, fire alarms, and mechanical ventilation with the least amount of disruption to existing features and services.

Following the loss, a detailed assessment and reinstatement value were issued to Insurers. Envista was in attendance for weekly progress to discuss costs being submitted and approvals for sign-off by the team. Discussions for alternative types of construction, materials, products and works that would have the least impact on the program were addressed.

Envista’s engineers and experts assisted the team in helping them reduce the cost from the initial claim estimate by nearly 40%.

Envista also assisted in the management of the program of works to be completed for the June 2019 rebranding and launch opening. For this, the whole team at the hotel were grateful.

Learn More About Garreth
Back to the Knowledge Center
How Can We Help You?