Envista was called in to investigate the nature, extent, and cause of loss to a continuous mining machine that occurred following a cave-in at a coal mine in the Midwest. Envista’s Civil/Structural and Mechanical engineering teams conducted an on-site investigation, which consisted of an inspection of the pit mine and underground mining area.

Following a discussion with the insured, it was determined that while boring through the earth in an underground coal mine, using the room and pillar method of mining (a method where layers of coal are partially mined, leaving large pillars of coal intact to support the overlying layers of rock1), at about 100 feet down into the pit and 800 feet of boring through the sidewall, a cave-in occurred.

Discussions were then had to bring in Envista’s Geotechnical team to investigate the cave-in from above, along with using a robot to go into the mine to confirm the cave in. Envista’s team considered bringing in a drone or track robot, but this was not finalized, as the insured made the choice to stop pumping water from the pit, flooding the pit, and rendering further discovery from happening.

Following Envista’s inspections and review, our expert team was able to confirm that several miner and conveyor cars became stuck inside the mine due to a coal wall and ceiling cave-in and that the cave-in was unavoidable. In addition, the miner and conveyors could not be removed from above without disturbing the watershed land above, which was regulated by the Department of Natural Resources (DNR) of the state. They deemed the wetland above to be inaccessible for any use, as it was delineated as a protected wetland. Replacement of the machine was approved, but only at Actual Cash Value (ACV). 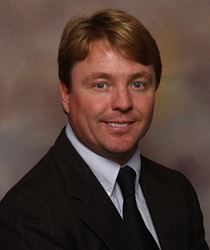 A Senior Project Consultant that provides expert consultation to the insurance and legal communities in matters of high tech equipment losses, including equipment valuation, damage assessment, causation, repair and salvage. With over 20 years of experience in multiple industries involving design, manufacturing, and project management, he performs electrical and mechanical engineering evaluation and testing functions for small businesses to multi-billion dollar companies both in the U.S., Canada, and Asia.

Learn More About Keith
Back to the Knowledge Center
How Can We Help You?