Survey of Americans Who Drive Dangerously

Be it a morning commute, or grocery run, driving is a routine part of daily life. It's also the most dangerous thing we do. While most people are cautious, law-abiding citizens behind the wheel, many others are not so cautious.

We analyzed four types of dangerous driving habits and surveyed 2,000 Americans willing to admit they were part of the problem. Behaviors included rushing, distraction, aggression, and intoxication.

In the event of an accident, many of the involved parties want to find and understand the truth, especially if there are severe injuries, or a fatality, as a result. Envista's experts can assist with accident reconstruction and injury claims.

Check out the full infographic below, including regional and gender differences. 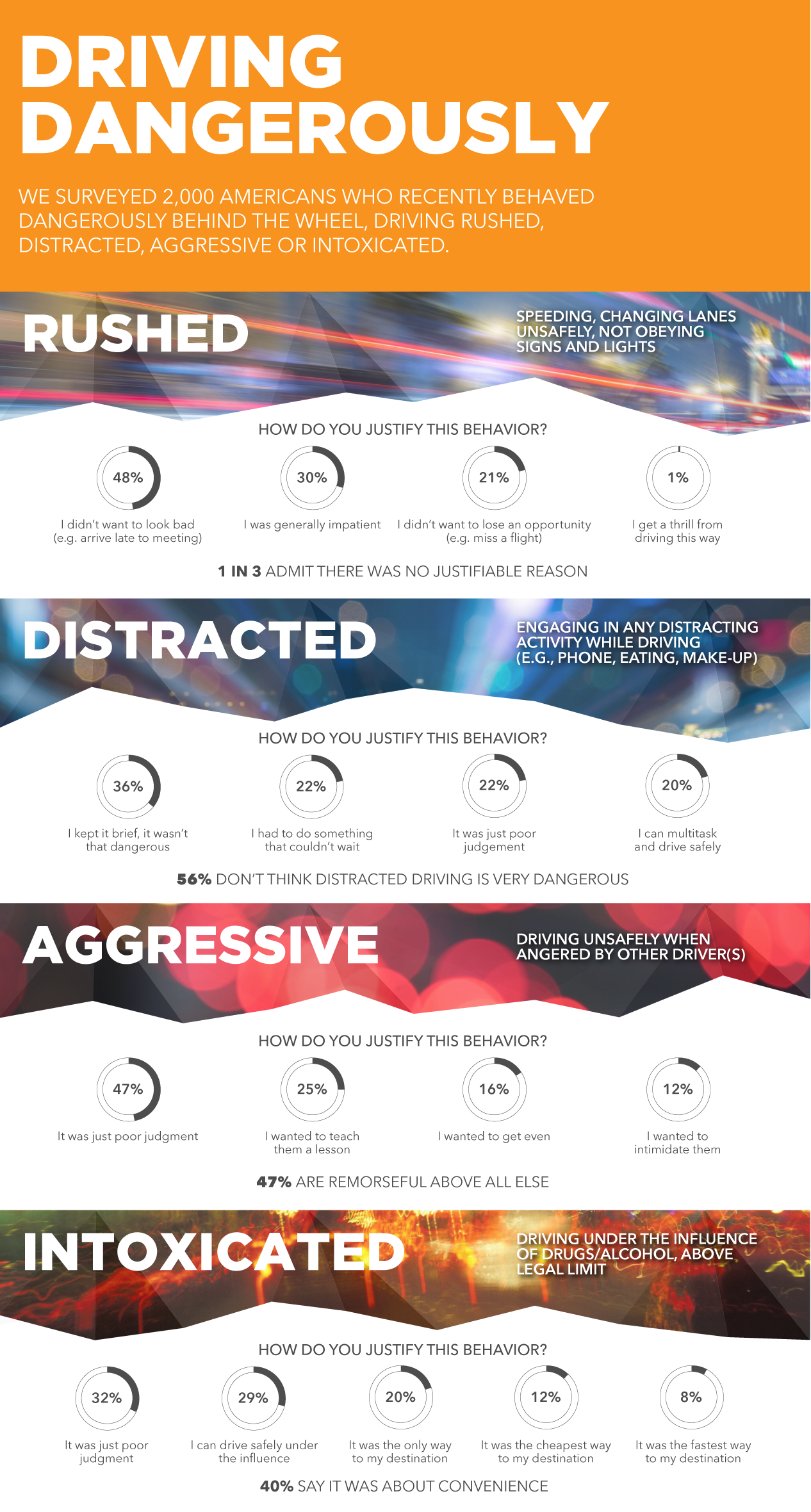 Methodology: We surveyed 2,000 Americans who have behaved dangerously in one of four ways, in the last three months (except for intoxicated driving, which could have occurred any time in the last 12 months). Respondents ranged in age from 18 to 75 and represented all 50 U.S. states. Survey was conducted over two weeks in March 2018.