Exterior Insulation and Finish System (EIFS) is a non-load-bearing wall cladding system comprised of rigid insulation panels coated with a field-applied synthetic stucco. The insulation panels can be mechanically or adhesively attached to substrates as diverse as concrete block, wood sheathing, gypsum board, metal panels, and more. It is lightweight and can cover large areas with fewer control joints than conventional stucco. The expanded polystyrene (EPS) foam that the rigid insulation panels are made of is on the higher end of thermal efficiency per inch of thickness relative to the other insulation products currently on the market.

Although it's an increasingly popular cladding technique, it comes with a very real concern: flammability.

Where is EIFS most prevalent?

Before we jump into what makes it combustible, let's back up a bit and understand where this material originated.

EIFS was developed in Europe in the 1960s and was designed to provide the European construction market with a means to insulate older brick buildings without taking valuable interior space and, at the same time, enhancing their appearance. EIFS was introduced to North America in 1969 and marketed under the name Dryvit® and was originally used on commercial buildings such as offices, shopping centers, apartments, and hotels. The popularity of EIFS increased greatly during that time due to the oil crisis and EIFS's potential for contributing to energy efficiency. Eventually, prices came down and EIFS became attractive for more widespread use in single-family residences.

Currently, EIFS enjoys worldwide use and is gaining popularity with the continuous insulation movement. Yet, the concerns for insurers continue.

Why is EIFS flammable?

While EIFS has had a reputation for moisture-related issues, it also has flammability concerns. Such concerns lead to recommendations for insurers to classify EIFS as combustible for rating purposes.

Polystyrene foam is a thermoplastic material, a petroleum-derived plastic, which means it will melt and flow when heated at lower temperatures relative to other building materials. Though EIFS does include the synthetic stucco coating to prevent direct ignition, the insulation panels can be deformed by heat and undermine the stucco coating. In locations or uses where fires are of greater concern, several EIFS manufacturers have added flame retardants to the foam to reduce its flame spread rating.

Several factors can affect the actual performance of EIFS in a fire situation. Material defects, poor workmanship, impact damage, installation errors, and other factors that expose the insulation are among the leading causes of fire. According to White and Delichatsios, these fires can be ignited in one of two possible ways:

Once ignited, mechanisms of fire spread include:

The Future of EIFS

Many combustible materials are used today in commercial exterior wall assemblies for a number of reasons, but most commonly to resist water intrusion, improve energy performance with improved insulation, and allow for design flexibility. However, the combustibility of the assembly components has proven to be a fire hazard; the insulation component, polystyrene foam, alone promotes flame spread when melted.

There have been a number of documented fire incidents involving combustible exterior walls, and EIFS should be evaluated as a possible reason. Subrogation matters and high-dollar claims have all been experienced due to this material. How it will change or adapt in the future to help mitigate these issues is unknown. But what we do know is, until that day happens, we need to evaluate the property with due diligence when EIFS is present. 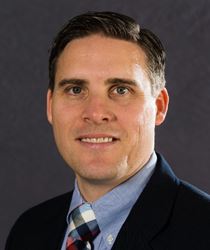 Andrew is a P.E. and R.A., serving as the Architectural and Building Enclosure Technical Lead for Envista. His experience has included structural engineering and architectural design but has primarily focused on forensic investigation of a wide array of building sizes, uses, and construction types. His architectural design experience informed his focus on building enclosures and their associated failures – particularly concerning moisture-related damage. Andrew is frequently involved as an expert in legal matters, as well as conducts internal and external training.

Learn More About Andrew
Back to the Knowledge Center
How Can We Help You?