The Role of Cell Phone Location Mapping in Criminal Cases

Thousands of new criminal cases take place every year where the location of a cell phone is of critical importance and the activity of a person holding a cell phone can be the deciding factor in a case. From drug overdose fatalities and homicides to terroristic acts, bomb threats, carjacking, and other major crimes, phone records are a common and reliable source of evidence that can be tracked using cell phone mapping. Given the connected world we live in, people may not be aware of the fact that everything they do, and nearly everywhere they go, their phones or devices can potentially track it.

For instance, in less than a week after protestors rallied around and inside our nation's capital, more than 100,000 sources of digital evidence had been received for review by authorities.1 Given this data-driven environment and the abundance of devices people use, examining cell phone location evidence and data pulled from Call Detail Records (CDRs), one can easily learn about a person's digital history and whereabouts.

How Does Cell Phone Mapping Work?

Wireless or cellular networks are made up of tens of thousands of cell towers. Cell towers, or cell sites, are installed by wireless phone companies with the goal of providing seamless cellular coverage to cell phone users. These cell towers house a varying number of antennas emitting radio signals in different directions, installed in fixed locations virtually anywhere.

In order to make a phone call or send a text message, the cell phone must be within the radio range or coverage area of a cell tower. Every time a cell phone is used to place a call or text, the cell tower that the phone connects to records data in the phone carrier's database. This is where cell phone location mapping comes in. The information gathered from the wireless carrier's network equipment can then be used to determine the general location of where a phone call or text message was placed, the date and time of the call or text, the called numbers, the duration of phone calls, and the latitude and longitude of the tower's location.

It sounds simple enough, but it's actually quite complicated. In fact, it is very easy to misinterpret this type of data and in some cases, put innocent people in jail. Denmark recently freed 32 inmates over flaws in phone geolocation evidence and they have placed a moratorium on the use of these records at trial.2

How is Cell Phone Mapping Used to Determine the Location of a Phone Call?

CDRs, or phone records, are produced by wireless carriers, such as Sprint, Verizon, T-Mobile, AT&T, and US Cellular, and though not publicly produced, they can be obtained through legal process or upon a user's request in an effort to uncover further information. During criminal cases, cell phone mapping records are often analyzed to determine who was in a certain area at a certain time.

As an example, an armed robbery took place in a major city and a young man was arrested and tried for the crime. At his trial, a digital forensics expert was not consulted to interpret the location data from the CDRs. The young man was convicted and sent to prison. Three years later, a digital forensics investigator at Envista Forensics was consulted. Following further investigation, our Envista Forensics expert determined through cell phone location mapping, that the phone records unequivocally proved that the young man could not have been at that location at the time of the armed robbery. After some diligent work by the public defender, the young man was released from prison and all charges were dropped.

Can a Cell Site Analysis Provide a Pinpoint Location?

Cellular networks are designed to provide and maintain consistent coverage across large geographic areas, which allows legal or government authorities to obtain the general location of where a cell phone call or text message was placed. When CDRs are properly analyzed, a cell site analysis can not only determine the city and state of a cell phone call or text message but it is even possible to determine what side of town the transaction occurred and in some cases, specific areas of a town (i.e. neighborhoods, business districts, shopping districts, etc.).

There are several factors that play into how accurate a location can be determined when the analysis is based solely on CDRs, such as density of network towers, subscriber usage, and geographic location. One factor is simply is the popularity of the carrier. We've all seen television commercials about how much coverage each wireless company has and why you should choose that particular company for your wireless phone service. The coverage a carrier has is based on the density of cell towers, which makes a big difference in how accurately the location of a phone can be determined from phone records. For example, there are numerous cell towers in the different boroughs of New York City, which means that the location of a phone in the Bronx could be narrowed down to a city block or two depending on the wireless company and their coverage.

The Importance of a Cell Site Forensics Expert

It is critical that an experienced and competent cell site forensics expert is consulted for CDR evidence and cell phone mapping during a criminal case. If an expert is not thoroughly trained and experienced in analyzing these types of records, it can be very easy to make mistakes. This is, again, the reason many cases have been overturned.

Through cell phone location mapping, a person's digital history and whereabouts can be quickly determined. In a world filled with technology at our fingertips, call detail record analysis for location forensics is often vital evidence in criminal cases and can ultimately be the deciding factor in the outcome of the case.

1FBI received over 100,000 pieces of digital evidence after Capitol attack - The Verge

Larry Daniel is an industry leader in computer forensics, cell phone forensics, cellular data analysis and plotting, and GPS forensics. He holds eight certifications, and has testified as an expert over fifty times in state and federal courts, and on numerous complex, and high-profile cases. He is the author of two books, Digital Forensics for Legal Professionals and Cell Phone Location Evidence for Legal Professionals.

Learn More About Larry
Back to the Knowledge Center 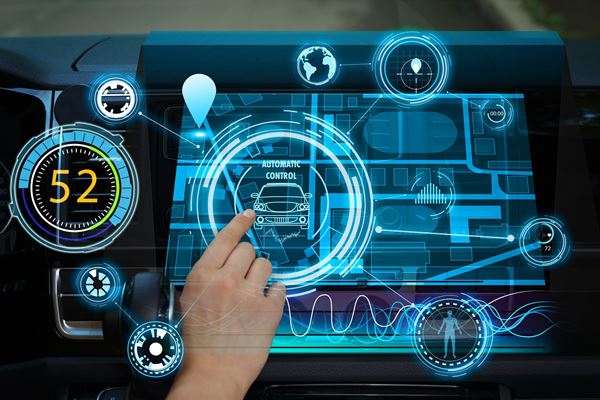 Vehicle Infotainment Forensics: It’s About More Than Accidents Hyper-connectivity is the future with connected vehicles, smart devices, wearable technology, and even entire smart cities. With new technologies developed... 29 April 2022
How Can We Help You?