For any specific fire, the first thing to take into account is the type(s) of fuel. This is the biggest variable. One must take into account the density of the ember and the surrounding fuels or vegetation. Vegetation that contains resin or sap can make for a longer smoldering ember, as well as embers with greater density. The wind carries hot embers farther. Multiple types of vegetation contain the necessary composition and density to be a long-lasting ember. Pine needles, manzanita, and oak are the most common in California.

The time an ember smolders is a set time based on the composition and size of the ember or fuel. Regardless of the wind speed, the ember will smolder for a certain amount of time, based on density and vegetation. The wind speed can make that time convert to distance, i.e. embers in a 40 mph wind will theoretically not travel as far as those in a 60 mph wind.

If there is any possibility for subrogation or liability defense, an outside subject matter expert can provide a level of certainty regarding potential exposure due to their level of knowledge, skills, training, and courtroom testimony experience. 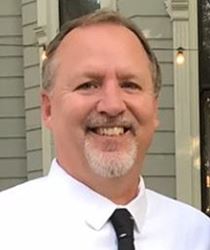