Hurricane Harvey made landfall in Texas and Louisiana in August of 2017 as a devastating Category 4 storm, resulting in catastrophic flooding and hundreds of deaths. Harvey is tied with Hurricane Katrina as the costliest tropical storm on record, leading to $125 billion in damages, primarily caused by catastrophic rainfall and subsequent flooding in the Houston metropolitan area and Southeast Texas. Harvey, a slow-moving storm, resulted in unprecedented rainfall, with peak accumulations exceeding 60 inches. Envista’s engineering teams were on the scene in Texas and Louisiana for months after Harvey assisting those affected with evaluations of critical infrastructure, buildings, and equipment.

In the weeks following the storm, Envista was assigned to investigate flood damages at a senior living facility. The sure volume of rain and resulting flooding compromised the building’s envelope, leading to water intrusion in the ceilings, walls, and floors. Due to the extent and scale of the damages claimed by the insured to their building and electrical equipment, Envista’s mechanical, electrical, and structural experts collaborated to provide a comprehensive evaluation of all affected properties. The total claim amount was in excess of $300,000.

Envista performed onsite inspections of the electro-mechanical equipment to determine the cause of loss. The claimed equipment included, but was not limited to, switchgears, generators, HVAC equipment, transformers, elevators, and walk-in freezer/coolers having been damaged by Hurricane Harvey. Based on our team’s investigation, it was determined that some equipment was operational and mounted above the visible flood water lines and not damaged.

Envista recommended repairs of some and replacement of other equipment that had observed flood water lines where it was deemed irreparable but suggested a combination of cleaning, sanitizing, and functionally testing of other equipment claimed.

The majority of the damage was concentrated to the building, where extraordinarily most of the cost savings also existed. The investigation yielded an indemnity accuracy of over $280,000 or an 83% reduction in total claimed dollars. 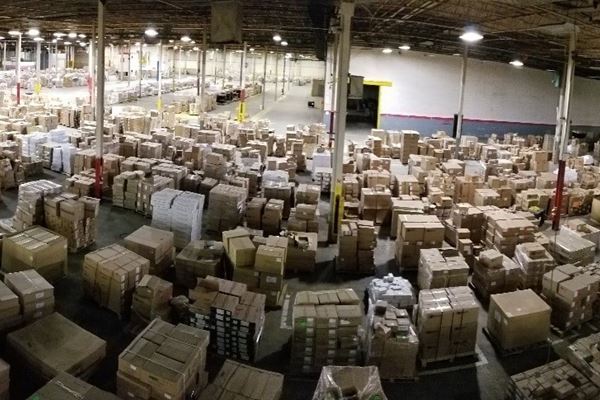 Rapid Deployment of Large-Scale Inventory and Inspection Project A major manufacturer and distributor of electronics operates a series of large warehouses. In early 2020, one of these warehouses was damaged in a CAT event,... 18 enero 2021
¿Como podemos ayudarle?