3 Facts You Need to Know About Hurricanes

Recently, Hurricane Ian made landfall along the southwest coast of Florida, before moving across the peninsula, re-emerging in the Atlantic, and making a second landfall along the Carolina coast. Ian will be remembered as a historic storm that hit the Florida peninsula as a Category 4 hurricane, causing widespread wind and storm surge damage.

For Floridians, hurricane season is a fact of life when it comes to living in such proximity to the coast, but what exactly is a hurricane? How do they form and when are they most likely? What is the difference between a tropical depression, a tropical storm, and a hurricane?

What is a Hurricane?

Hurricanes are just one type of tropical-based storm system, referring to storms that originate in the Atlantic Ocean or affect the west coast of the Americas in the Pacific. These storms are called cyclones in the southwest Pacific and Indian Oceans, while in the northwestern Pacific Ocean, they are called typhoons.

How Do Hurricanes Form?

Hurricanes need warm ocean water and humid air with light winds to initiate. These conditions are often found in warm tropical areas off the western coast of Africa through the Caribbean between June 1 and November 30. It all starts with a simple thunderstorm forming over the water. Soon, other thunderstorms begin to form. All of these storms begin to rotate around a centre of lower atmospheric pressure.

In the northern hemisphere, the storms rotate counterclockwise due to the Coriolis Effect, where a mass moving in a rotating system experiences a force (the Coriolis force) acting perpendicular to the direction of motion and to the axis of rotation.1 Storms in the southern hemisphere rotate clockwise. Hurricanes will not form within 300 miles of the equator because this area does not experience the Coriolis Effect. As more storms congeal and rotate around the low-pressure centre, the storm becomes a tropical disturbance but needs to progress through several stages to become a hurricane.

High winds can disrupt storm development and a hurricane requires winds that are strong enough to steer the storm but weak enough to allow it to grow. If a tropical cyclone has maximum sustained surface winds of 33 mph or less, it can become a tropical depression. The system is considered a tropical depression when the sustained winds of the rotating storms are up to 38 mph. If it continues to strengthen, and the sustained winds are between 39-73 mph, it is now considered a tropical storm. At this point, the storm is given a name according to the World Meteorological Organization procedures. The list of names is repeated every six years, although the names of exceptionally costly and deadly storms may be retired from future use, for example, Hurricane Katrina. As the individual storm cells rotate around the centre of a tropical storm, satellite images will often show it taking on the characteristic spiral shape of a hurricane.

Once the sustained winds of the storm reach 74 mph, the storm is now considered a hurricane. At around 80 mph, the visible eye of the hurricane is usually evident. The eye is the centre of low pressure and the hurricane itself, a relatively calm area that may remain cloud-free. However, the eyewall, or the storms rotating immediately around the eye, are the strongest storms within the system. The eye can range from 2.3-230 miles wide, though most hurricanes have eyes 20-40 miles wide.

Hurricanes can vary in size and shape but that is not indicative of their strength. Some compact hurricanes may have very strong winds, while some large hurricanes can be weaker than their size would suggest. Even though storm surge, the water that is driven onshore by a hurricane’s wind, is a very dangerous aspect of hurricanes, sustained wind speed is what determines their strength.

In our next blog, we will cover how hurricanes are rated and dive deeper into storm surges and why it’s such a danger to those living near the coast. 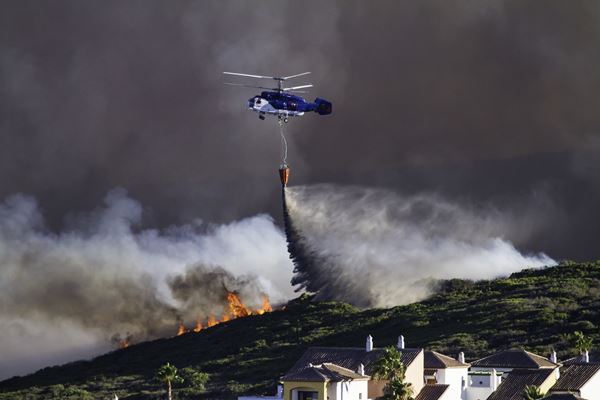