As wind turbines are often the tallest structures sited on large, flat landscapes, lighting attachment doesn’t just come as a risk but is expected. All components of modern wind turbines are designed to attract and conduct lightning to the ground and away from its sensitive parts. The wind turbine blade has at least two metal receptors designed as lightning attachment points. These receptors are typically located at the blade’s tip and near the blade’s middle. These receptors connect a conductor from the blade’s root, where the lightning current is channelled, through the cast iron hub and transferred to the nacelle grounded lightning conductor. When in working order, the lightning protection system (LPS) can channel up to 200,000 Amps from the lightning strike to the ground. A properly designed and maintained LPS is critical to a wind turbine’s survival.

In this video, a fire initiated towards the middle of the wind turbine blade. As there were no actively energized electrical or hydraulic components in this area of the blade, lightning attachment is a prime suspect as the root cause of the fire. Without closely inspecting the blade and only watching the video, there are a few speculations a forensic investigator can make about the origin of this fire:

A wind turbine blade is constructed with fibreglass, resin, and balsa wood, which is the fuel that can sustain a fire when hit with a high enough ignition source. After lighting strikes the wind turbine blade in the video, a fire is ignited by the high heat of the lightning. The turbine continues to operate as the fire spreads because no alarm thresholds have been exceeded. After the blade separates, the turbine likely registers a vibration alarm and begins to shut down the turbine. A large burning blade fragment is seen draped over the turbine nacelle, indicating that the fire may have spread to the nacelle cover. Most nacelle covers are made of fibreglass and resin, if the nacelle was constructed of steel, the damage might have been limited to just the blade.

When a wind turbine blade fails, all three blades should be replaced since the blades are built in balanced sets of three. It is not impossible to find a single replacement blade that matches the two undamaged blades, but it is likely that weight would need to be added to the blade to ensure the balance of the entire set. Additionally, an engineering analysis is required to ensure the rotor moment is within specification.

Whether replacing a single blade or an entire rotor, these replacements require a large main erection crane for repair. The crane cost is almost always the most expensive tool needed to perform repairs.

Common Failures in a Wind Turbine

Outside of lightning strikes, electrical and mechanical failures can also cause fires in the wind turbine. The generator conductor, brake disc calliper, bearing, and slip ring are some components that can fail and ignite flammable materials in the nacelle.  The wind turbine controller monitors the temperature and status of nearly all wind turbine components. Proper analysis of the wind turbine event and alarm logs can provide the necessary insight to determine the cause of the loss. 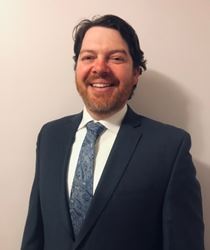 Mr. Matthew Senn is a Project Engineer and a licensed Professional Engineer with a strong background in Renewable Energy power generation (Megawatt class wind turbines). With 12.5 years of experience in wind turbine construction, commissioning, upgrades, operation and service he understands the utility grade wind turbine from top to bottom. He specializes in failure analysis of low-voltage, high power generators/motors and their associated control systems. He has experience analyzing failed deep-groove ball bearings installed on generators and motors. He has performed root cause analysis on large gauge insulated conductor cables, high-power vacuum tube contactors, generator slip rings with carbon brushes, power factor correction capacitors and ultrasonic anemometers. He has experience designing installation of motor current monitoring systems, condition monitoring systems, large gauge conductor cable repair and engineered tower power and light systems. He has assisted in the development of electrical safety lock-out/tag-out programs and authored many repair instructions for electrical components. At Envista, he has led or assisted in the technical investigation of over 32 wind turbine losses.

Learn More About Matthew
Back to the Knowledge Center
How Can We Help You?