Envista’s Building Consulting team was retained to investigate the nature, extent, and cause of reported presence of hail on a high-end residential home finished with a stucco exterior, decorative quoins and trims around the doors and windows, and light metal facia on the gabled ends of the residence and the detached garage.

To begin the investigation, the building consultants at Envista researched weather conditions on the day of the incident, which confirmed winds were blowing in a southeast direction with gusts up to 24 mph.

Envista’s onsite team thoroughly inspected the property for evidence of hail including the garage, roof, windows, and landscape areas. The inspection revealed that the windows and garage doors on the west side of the residence, as well as the north side, had all been impacted by hail. The southwest side of the roof and the light metal facia were also riddled by hail impact.

Therefore, Envista recommended replacing the entire building stucco and the building envelope system. While costly, the failure of a repair that would likely lead to mould would then result in a repeated replacement, along with additional costs for mould treatment in the future. 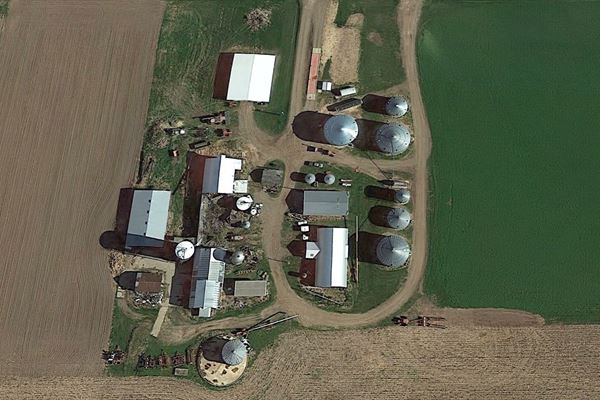 Wind Damage to Farm Grain Bins Following a windstorm, Envista was retained to investigate the nature, extent, and cause of reported damage to a large farm's grain bins. 17 March 2022
How Can We Help You?